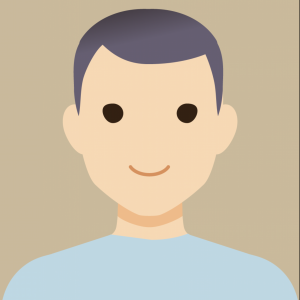 Which pedometer, wearables and fitness apps I can use for distance measurement.

How can I measure my tracks in the Changers CO2 fit challenges? What are the best pedometer, fitness trackers or apps? We get these questions more often and have therefore summarized the possibilities for you here.  Manual tracking via GPS and START and STOP

Changers offers in the app its own GPS distance measurement, which is started and stopped manually with the Start / Stop button, as you know it in Runtastic or Runkeeper. This will determine which of your tracks will be measured and which will not. TBH, this can be quite tedious, as you have to remember to start and stop the tracking before the run.

Switch on the built-in pedometer in the smartphone

Therefore you have as the next option the automatic recording of all paths covered by foot through the built-in smartphone pedometer. If this does not have a pedometer – which is still possible in 2018 – you will not be offered the option “connect to the pedometer” in the tracking settings. Then you would have to activate the following tracking method using Google Fit.

To anticipate, we’re big fans of Google Fit and would be very happy if Apple were just as far as Google Fit with its health app counterpart. Because the good thing about Google Fit is that it captures everything on foot AND even on bike-driven routes. Unfortunately, Apple Health only records the walking and running routes automatically. For rides on the bike, you need to use another tracker such as Changers GPS Tracking, Fitness Apps like Strava or Endomondo, or a suitable wearable like Garmin. Unfortunately, we do not know why Apple does not enable the function of the automatic bicycle tracker. We hope with every newly released iOS version that Apple has a good look.

If you already have a favorite tracking app for your bike tours, you can confidently link them to Apple Health. The data is then automatically transferred to your changer account, so you do not need to measure the same distance with two apps.

The most popular apps include Runtastic, Runkeeper, Endomondo, Strava or Nike +. But many wearables such as the Apple Watch, Polar, Xiomi or the tracker from Wahoo can be connected to your Changers account.

Unfortunately, some device manufacturers do not allow Apple Health or Google Fit connectivity. They offer their own interfaces, with which Changers receives the distances traveled. In the Changers CO2 fit app you can find in the tracking settings the manufacturers Garmin, Fitbit and Misfit. For Garmin users, we offer the selection of distance tracking separately for running and cycling. The routes are measured on the respective Garmin device and transferred to the Garmin Connect app, from where the data is synchronized with Changers. For Fitbit and Misfit we only transfer the distances covered on foot.

Manual input via the Challenge Page in the browser.

Moves has ceased its service on 31.07.2018 and is no longer available for the recording of routes. Yes, we do not think it’s funny either, because Moves has revolutionized the recording and differentiation of distances covered via smartphone. However, many of you have not been surprised by the quality of the route measurements, especially on the Android devices in recent months, but rapidly worse. Nevertheless, we will remember Moves in good memory …

Moves is gone, we are challenged and working at full speed to get a fully automatic tracking technology under the hood of Changers CO2 fit app. We have already found a promising partner and are working feverishly to publish a first version by the end of October. So stay curious.

You need more information or you want to start a corporate challenge in your company? Write us.